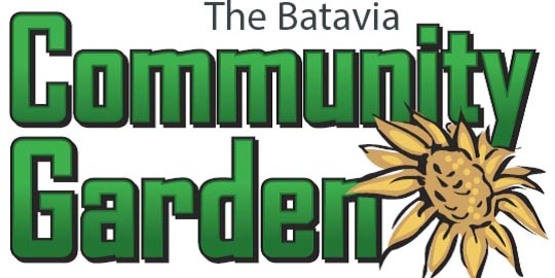 History of the Batavia Community Garden

What is a Community Garden? Put simply, it is any piece of land gardened by a group of people. It can be urban, suburban, or rural. It can grow flowers, vegetables, or community. It can be one community plot, or it can be many individual plots. It can be at a school, hospital, or in a neighborhood. It can also be a series of plots dedicated to "urban agriculture" where the produce is grown for a market.

The Batavia Community Garden began in November 2011, when recent graduates of the Leadership Genesee Course decided to complete a project that would benefit the entire community. In the organizational planning stage, the City of Batavia through the Batavia Youth Bureau, offered to become the “lead agency” and offered the “old wading pool” (built in 1967) behind the Batavia Youth Center on MacArthur Drive as a garden site. This site consisted of a 60’ x 32’ x 30” rectangular concrete wading pool that had laid abandoned for 19 years. This site is enclosed on all four sides by a 10’ high chain link fence and is surrounded by a 12’ wide concrete apron.

It was decided to use the organic “Square Foot Gardening” method, consisting of 4’ x 4’ and 4’ x 8’ raised beds, filled with specially mixed soil (1/3 peat moss, 1/3 vermiculite, and 1/3 compost). In the spring of 2012, four 4’ x 4’ raised beds were constructed and filled with soil to establish the Batavia Youth Center Garden for kids at the youth center as they commenced their “Garden to Table” program. This garden would serve as a “test site” for the SFG Method. The method worked so well, two additional 4’ x 4’ raised beds were added to the “test site” in 2013. Also in 2013, construction began on the Community Garden with seventeen 4’ x 4’ and ten 4’ x 8’ raised beds built, with eleven rented and planted. In 2014, five 4’ x 12’ and 2 additional raised beds were added. Also three 4’ x 4’ newly constructed elevated adaptive use beds were used for the first time.

Since that time, the garden has grown into 48 raised beds, 6 trough beds, apple trees, raspberry bushes, and other community beds! Our volunteers work tirelessly to make the community garden a paradise for everyone to enjoy! As of summer 2022, Cornell Cooperative Extension of Genesee County will be acting as “lead agency” on this project, but we have been helping since the very beginning. Starting in 2023, all members of our community, including those who work in the city or are from neighboring towns in Genesee County, will be welcomed to apply. Volunteers will continue to meet on a monthly basis to guide and administer the Community Garden program.

As the community garden has been turned over to the hands of CCE, the applications for rent will be updated to reflect that in the coming year. Please check back closer to winter for the updated applications!

There are many ways to start a community garden. Whether you're working with friends, neighbors, or a local organization, there are many things you'll want to consider before you ever dig the first hole.

The fact sheet "Starting a Community Garden" (see Resources) is designed to give many different groups the basic information they need to get their gardening project off the ground. These lists are in no way meant to be complete. Each main idea will probably trigger more questions, so an assortment of ways to carry out that idea are presented; pick and choose those that seem to apply to your own situation.

Thank you to American Community Garden Association for this information. http://communitygarden.org/